Wireless Simulation Software, MobileCDSTM stands for Mobile Computer Deterministic Simulation and is a state of the art environment that recreates radio frequency conditions used in cellular networks (3G/4G) in a very accurate and deterministic way. The tool enables the simulation of realistic, Google Maps/KML Maps configurations of buildings and realistic terrains that can include antennas of different formats with different RF propagation models. End users can test and simulate all kinds of simulations, buildings with different characteristics, reflections, and any other simulation environment appropriate for modern IEEE 802.11 WiFi networks to advanced 4G LTE deployments.

Is Augmented Reality for Wireless Design possible? Do you envision a day where mobile developers can load a map from Google Maps, covering the City of New York for example, and place all cell phone towers along I-95/Manhattan and simulate a car moving at different speeds, validate several antenna configurations and test it all in a real Android or IOS device while running Youtube, Facebook, or VoLTE. Additionally,  can you verify if all will work well as more  changes are made to the wireless deployment?  adding more WiFi, 5G, Unlicensed LTE? All this simulation/emulation tested without ever moving from your lab or office?

MobileCDS is a software tool that simulates and uses “RF Tray Tracing” to create deterministic environment for cellular and RF antenna configurations for 3G/4G and even 5G systems. Once the deployment is drawn on top of a map loaded from Google Maps, the tool can playback the simulation and create an emulation system with MobileCAD. The emulated system can be tested in the real phone, under RF realistic conditions that mimic real world deployments.

Mobile Application developers, Mobile Phone manufactures, and Operators can design their RF, place the antennas / towers whenever they are supposed to be increase/decrease height and power and test new buildings, and scenarios and play those into a Mobile Terminal with a patented technology covered under. 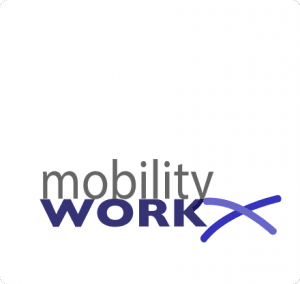 Once the simulation environment is recreated, it is later on emulated with MobileCAD, our patent pending tool for emulation. In other words, once RF signaling is known and determined in different paths (RF Path delay, attenuation, and hence facing, as well as BER) then is loaded into MobileCAD effectively recreating a realistic environment where multiple Base Stations can cover a particular realistic map.

MobileCAD can be combined with Drive Test data as well as MobileCDS RF data and converted into emulated RF signaling with proper protocol configuration and network emulated for any EPC or other devices.

Once the RF environment has been created and validated with MobileCDS, an export file is created, file that can be loaded into MobileCAD for RF Playback into a modern 2G-3G-4GLTE environment with WiFi or any other handover point to test and validate the firmware in any smartphone or mobile terminal.

Screen Shots of the Tool

Our team can provide you with more demos and access to our cloud for you to use MobileCDS. Please send us an email to sign and NDA for further discussions.